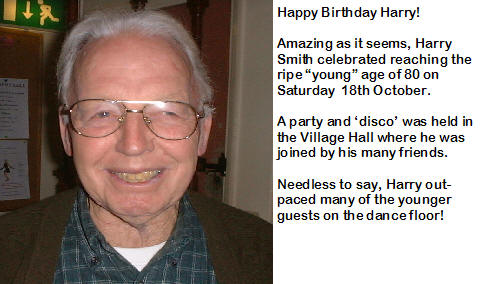 With the arrival of November we mark the anniversary of possibly the most famous plot in English history. We celebrate the occasion with bonfires and fireworks, although many people have long forgotten why!

It was an evening in early November 1605 when Lord Monteagle, a young peer, had just sat down to dinner. He was given an anonymous letter by a stranger warning him not to attend the coming Opening of Parliament, which would be held in the presence of the King. What he read, to put it mildly, alarmed him. The inference was that something terrible was going to happen and if he valued his life he should stay away. This smacked of treason and he knew that knowledge of such information could implicate him and possibly lead to his own execution if the plot was discovered. He did what he thought was right and took the letter to Robert Cecil who was the equivalent of today’s Prime Minister.

Robert Cecil was no fool and he placed the letter before the King, James I of England and the VI of Scotland. It was taken as a conspiracy to blow up Parliament and accordingly a thorough search of Parliament House and its cellars was carried out and there they discovered the hapless Guy Fawkes amidst his barrels of gunpowder.

This was a time when England was split by religion and faction. It was not long, after all, since Henry VIII had changed the country’s religion from Catholic to Protestant. His decision had been reversed by his daughter Mary and it was reversed again by Elizabeth I. Unrest and dissatisfaction were rife and into this hotbed of conflicting religious belief were sown the seeds of The Gunpowder Plot.

It is believed the conspiracy was formed and led by Robert Catesby, ably assisted by Sir Everard Digby and supported by other smaller players amongst whom, of course, was Guy Fawkes whom they used, more or less, as a fall guy. Catesby had a long history of being involved in conspiracies and intrigues but had always managed to shake free. Guy Fawkes had been born into a Yorkshire family of the Protestant faith but on reaching manhood he had become a Roman Catholic and a keen supporter of the Spanish Party in England which planned to overthrow King James in revenge for his persecution of the Catholic families in England.

Parliament was to be recalled on November 5th 1605 and the conspirators planned to blow up the Parliament House together with the King and as many English Protestant lords as possible, thus throwing the country into turmoil and opening up an opportunity to change the course of history. To this end they stacked the cellars with gunpowder and despatched Guy Fawkes to light the fuse. The whole plot blew up in their faces, however, when somebody sought to warn Lord Monteagle to stay away.

Guy Fawkes was discovered and most of the conspirators quickly rounded up, tried and found guilty after prolonged torture and questioning. Catesby had made a dash for freedom but was finally stopped and killed in Staffordshire. The guilty men were executed on either the 30th or 31st January 1606.

Since this date the event has been celebrated with the ceremonial search of the cellars at Westminster and nation-wide large bonfires are lit accompanied by fireworks and the ceremonial burning of "the guy" in memory of Guy Fawkes.

We had an excellent turnout for our members’ night and most brought along a hat with a tale to tell. If Odell W.I. members are representative of most women, the one occasion that still requires a hat is a wedding. We had a ‘going away’ hat, a bride’s hat, the bride’s sister’s hat and of course several brought to wear as guests. Two had royal connections: one had graced the lawns at Buckingham Palace when it had accompanied its owner to a Royal Garden Party, and the other was worn by a member’s daughter when she received her gold Duke of Edinburgh Award from the hands of Lawrence Llewelyn-Bowen of ‘Changing Room’ fame. Yet another was thought to have connections with Doctor Barnardo - a now slightly battered top hat - now worn by its present owner to go to market. The hat that had probably been seen by most people and worn on most occasions was the one that brought back very happy memories of the owner’s time taking part in amateur dramatics; it had undergone several transformations depending on its role. The most workaday hat was my own, a baseball cap adorned with pin badges which have special meaning for me, which I wear when I drive in my husband’s vintage car. One fact did become evident during the evening - many of these treasured hats spend their time in bags and boxes on wardrobes slowly getting covered in dust, a great deal of which appears to have been blown off on Tuesday afternoon before the meeting. Thanks to everyone for making it such a successful evening and sharing their memories with us.

We will meet on Tuesday November 11th at 7.30 p.m. in the Village Hall, all welcome. This month we are pleased to welcome Rachel Chard from Tesco’s with some seasonal ideas for Christmas entertaining.

Our hostesses in November will be Lynette Hall and Doreen Wheeler. The competition will be ‘A Homemade mince pie’.

Saturday closure of surgery including reception and dispensary.

As you know, the Sharnbrook practice is a member of the "Beddoc" out-of-hours GPs Cooperative. I hope you have found this to be satisfactory.

From November 1st 2003, Beddoc will be able to cover all the urgent medical needs of the patients of member practices on Saturday mornings. The Shambrook doctors will take part in the rota providing this care.

We propose to close the Sharnbrook surgery on Saturday mornings from the 1st December 2003. The reason for the delay is to allow a month for the new Beddoc arrangements to settle down. After this date we will be asking patients with urgent medical problems on Saturday mornings to telephone 01234 781449. Both reception and dispensary will also be closed from this date..

This (our usual emergency number) will connect you to NHS Direct, who will take you details and transmit them to Beddoc. NHS Direct will give you the appropriate advice or tell you where to attend.

The opening hours of the surgery on weekdays will remain 8:30-18:30; the dispensary will be open from 8:30 am (previously 9am) for the collection of prescriptions.

To be held at

Proceeds from the coffee morning will go to The Corner Club, a club run by volunteers for adults with learning disabilities.

Please pop in and join us for a coffee.

We care about the people who live and work in the rural parts of the county and our staff tackle issues that are of greatest concern to people at the grassroots. Our areas of work include:

supporting the groups and organisations that make things happen, such as parish councils and village hall committees, working with young people in a range of volunteering opportunities, improving transport for people in rural areas, providing training and support, working in partnership with local authorities and housing associations to enable the provision of affordable housing in villages, promoting rural services, caring for people through village care schemes and the Carers Short Breaks Bureau, representing rural interests and celebrating rural life by supporting entrants in the Village of the Year competition

If you would like further information on the work of Beds RCC, please contact Sue Keen, Information Officer on (01234) 838771 ext 105 or email suek@bedsrcc.org.uk

commenced in September (Thursday evenings from 7.30 until 9pm.) The attendance is really good and the current session will run up until Christmas. Cost per session is Ł4. Contact Sue Robinson for details on 720113 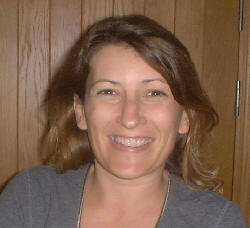 Those in the know say it is highly entertaining, great fun and something for everyone to try!! Ceroc is a form of dance where an instructor guides you through the moves before you try them out to music. There will be a bar to slake the thirst generated by all the activity.

Tickets available from the usual sources and only Ł3!! Great value for a really great night out.

A Burns Night Celebration – haggis, whisky and lots of Scottish dancing – is planned for 30th January 2004. See next month’s magazine for more details.

Thank you for bringing your waste paper to the bins. Though the return is small, every little bit helps financially and of course the waste is recycled.

Do please support our events, and do suggest to us your ideas for alternative activities. 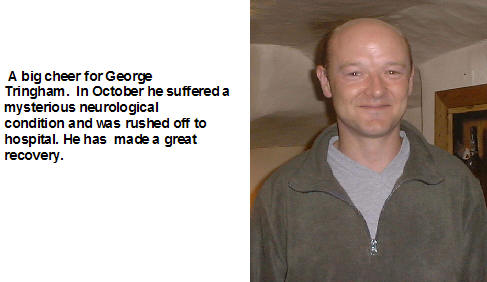 Friday 14th November to Saturday 22nd November, 2003 - Rock Opera by Andrew Lloyd Webber. The opera chronicles the last seven days of the life of Jesus through the eyes of Judas Iscariot.

. We wish to record our sincere gratitude to Joi Werndley for the kind and efficient booking service she has conducted for The Mill Theatre for so long. Mr and Mrs Phillips have generously undertaken to continue with this service.

Sharnbrook Mill Theatre is currently trying to raise Ł65,000 to provide a much needed Lift and Disabled Access facility. To help reach this target tickets are on sale for a "Superstar Draw" with thirty six outstanding prizes to be won.

Thank you in anticipation of your support.

1st 10.00am Ministry to the Dying and their Families, St. Andrew’s Church, Bedford.

16th 10.00am Bishop of Bedford to lead Holy Communion, All Saints’ Church.

Please send all entries for the joint December/January magazine to Tricia Hudson (patriciahudson@kbnet.co.uk), Anne Turner or Catherine Corkery by November 12th at the latest. May we remind you that the editorial team exercises the right to edit, shorten or alter any items that are submitted. Also, the opinions expressed in the articles are those of the contributors and are not the responsibility of the editorial team.

email is jh at ti.com - I put it like this to avoid spam! - just retype with the 'at' being an 'at' sign and of course no spaces.